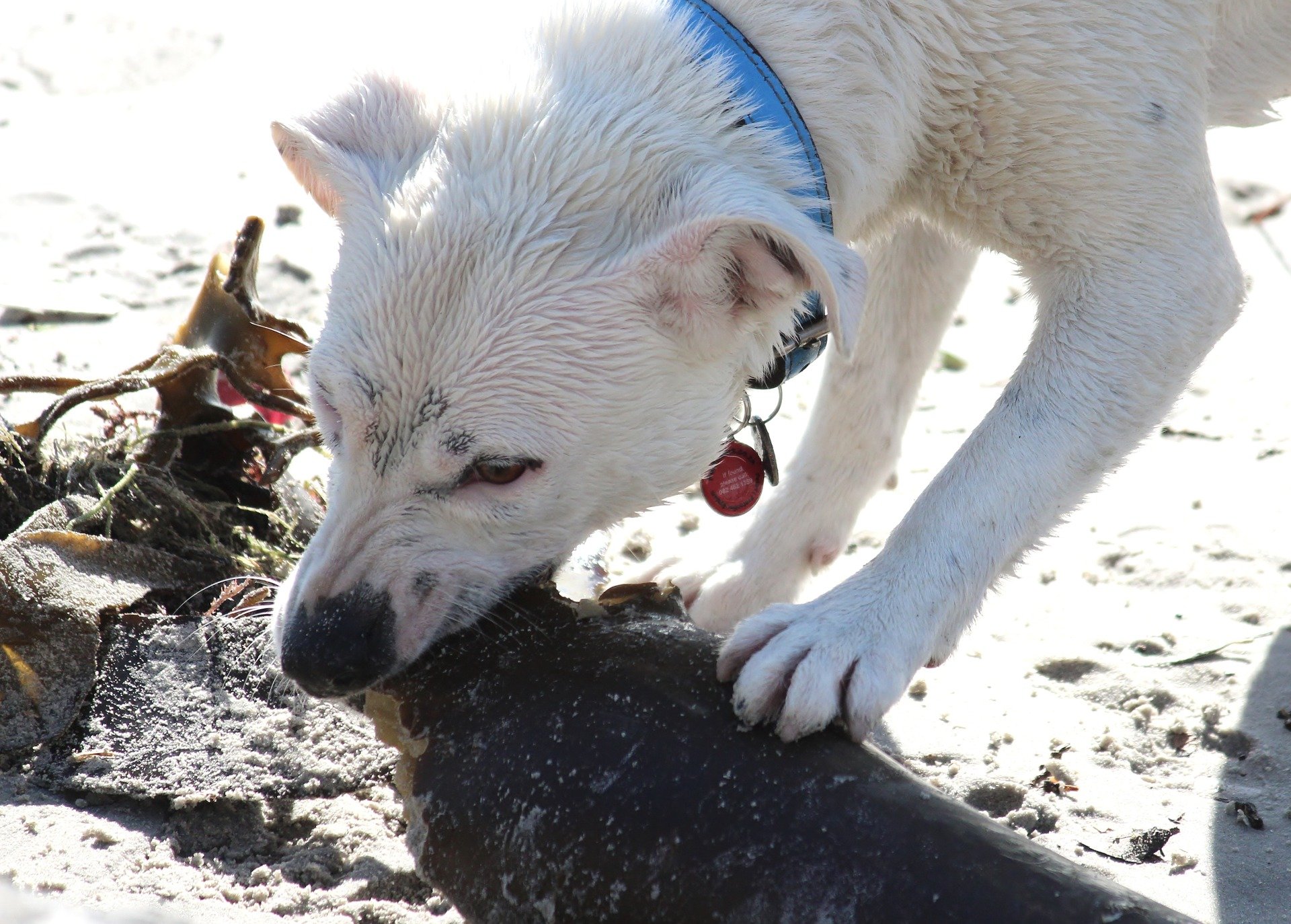 Why is my dog eating dirt all of a sudden?

Occasionally, you’ll see your dog eating dirt, or other unusual things compulsively. This dog behavior is usually triggered by abnormal behavioral idiosyncrasies—like separation anxiety, a stomach disorder, or mere boredom. It could also be due to a lack of minerals and vitamins in their diet.  Witnessing such quirky behaviors in your dog is something you may experience from time to time. It’s part of the deal you signed up for when you brought that little friend to your home.

As you watch the pup munch dirt, many questions may run through your mind, like why is my dog eating dirt all of a sudden? Is it normal? Can my dog get sick from this behavior? Let’s dive right into the details.

Why do dogs eat dirt?

Most times, there could be no reason at all for this behavior. Your dog might have just fallen in love with the taste and sensation that comes with eating dirt. However, according to many dog experts, if your dog eats dirt frequently, there could be an underlying medical or behavioral reason. If the pup eats dirt regularly, the reason could be insufficient minerals and vitamins in his diet, and the soil helps to maintain the levels that their bodies require. It could also be other underlying health issues that you need to look into. But if your dog eats dirt occasionally, it shouldn’t be a cause of concern—it might be a minor indigestion problem that may go away over time.

Frustration and boredom can also be a reason why your dog eats dirt. This can be classified under the behavioral issues.

Let’s look a little closer into each of the possible reasons why your dog eats dirt.

If you feed your dog on low quality food, then nutritional deficiencies are more likely to occur. For this reason, they will opt to eat dirt in search of vitamins and minerals. This can also be referred to as a pica disorder. Pica is used to describing a state whereby dogs eat things other than food due to some nutritional imbalance.

If this behavior persists for more than a few days, you should consider a diet change. I would recommend buying high-quality commercial dog foods that contain all the necessary nutrients for your dog to live a healthy life. If the issue doesn’t go away even after switching the diet, it would be advisable to visit a vet.

So far, you have ruled out a lack of nutrients as a probable cause for this behavior. Another reason that could cause your dog to eat dirt is underlying health issues. The only way you can be sure is by visiting the vet for a routine checkup. Through tests, the vet can be able to tell which body organ is affected.

Other ailments that can cause your dog to eat dirt include endocrine pancreatic insufficiency and small intestine bacterial overgrowth. However, these ailments cannot be diagnosed by a simple blood test but require Cobalamin/Folate tests.

Dogs are no different from humans and can experience stomach upsets occasionally. Some deposits of clay present in dirt can help ease the discomfort. Furthermore, clay can be used to get rid of parasites and eliminate toxic substances present in the body. Therefore, if your dog eats dirt occasionally, he/she could be reaping the health benefits of clay.

I know you’ve heard of a common phrase that says, “all work without play makes Jack a dull boy.” This phrase applies to humans and dogs as well since they can exhibit strange behaviors when they don’t get enough play, exercise, and attention. Dogs, too, need a purpose to live; therefore, when their needs aren’t met, they resort to strange behaviors such as eating dirt.

If you feel your dog is eating dirt out of boredom, you should put the following guidelines into consideration:

If your dog isn’t mentally stimulated, then boredom will likely kick in. You should consider getting him a chew toy to keep him busy. Moreover, you could set aside a few minutes of your day to engage your dog in extensive play. This will occupy much of his brainpower and also increases the bond between you and your pet.

To maintain your dog’s health, he/she needs a regular exercise schedule. This helps to burn the excess fat leaving their body looking lean and strong. Besides, it keeps them preoccupied hence reducing the tendency of eating dirt.

I know life can get a bit busy sometimes, and it’s understandable since you have to provide for your family and dog as well, but leaving your dog at home alone for long hours can result in boredom. This can cause them to start eating dirt due to the minimal attention they are receiving. If you can’t tweak in your schedule to spend some quality time with your dog, you can call in a professional dog walker or a friend to take them for a walk when you are not around. Another option is dropping them off to doggy daycare, where they can spend most of their time playing with other dogs.

Eating dirt is not necessarily dangerous since most of the dirt particles won’t get stuck within the stomach lining. However, you should exercise a bit of caution because dirt may contain some harmful substances such as lawn chemicals, toxins, fertilizers, and poisons. When consumed directly, they can make your dog fall ill or worse can cause death.

If your dog eats dirt within your yard, it may be safe, but within construction sites or agricultural fields, it’s probably not.

Whatever the reason, this behavior shouldn’t be encouraged. First, some harmful bacteria in the soil could cause problems for your dog if ingested.

What Should I do if my dog eats dirt?

Ensure you keep a close eye on your dog to study any peculiar behavior. Dogs that are left alone can do all sorts of things that you may not be aware of.

You can put your dog in a crate if you are not always there to observe what he is doing. Pads are perfect in preventing quirky behaviors such as dirt-eating.

If your dog eats dirt occasionally, then it shouldn’t be a cause of concern. However, if it becomes an everyday habit, then you should put more emphasis on knowing the root cause of the problem.

Playing in the dirt is something common with dogs, but eating it is another thing. It could expose him/her to harmful toxins and objects. Make sure you keep an eye on your dog’s when there outside to prevent them from eating dirt. Lastly, if you are unsure of what to do, you can try and call the vet for further assistance on the issue.