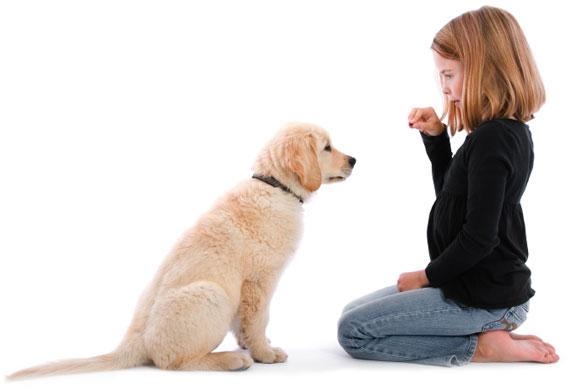 Positive Reinforcement Dog Training: What is it? Why Does It Work?

No matter what the dolphin aficionados say, we know that dogs are the most intelligent animals on the planet. Their range of understanding is phenomenal once developed, but even more, is their emotional sophistication.

When training dogs, it is easy to forget dogs have real, developed feelings, which will impact the way they follow or react to instructions. As a result, many dog trainers are rather abusive while training dogs.

“But, aren’t dogs animals? And isn’t that the only language they understand?” Well, if you want a healthy, working relationship/partnership with your dog, there is only one method we recommend: Positive Reinforcement Dog Training(PR).

Positive Reinforcement Dog Training is a method of training dogs that involves giving treats or rewards to your pal every time it does something right. The treats could be in the form of verbal praise and physical affection.

While there are many ways to train a dog, Positive Reinforcement has by far given the best results in terms of dogs which not only obey instructions willingly but also exhibit the fewest bad behaviors.

Let’s be honest, much like human beings, dogs cannot be perfect. But if you diligently follow PR, you will have a loving, well-mannered dog that can be trusted with your new shoes, sports racket, vegetable patch, and even your little babies.

I love animals. They are cute, smart, friendly, kind, loyal (apart from a feline that shall remain unnamed) and they teach me so much. But passion does not mean knowledge.

So, when I got my first dog, I didn’t know what to do. I tried different training methods and unfortunately, there were more than a few scars along the way. None were physical, but emotional pains hurt so much more, don’t they?

Finally, I stumbled upon Positive Reinforcement Dog Training, which aligned with my initial inclination towards training anyway, and I fell in love with it and it has been my (and our – Dogzone) philosophy ever since. And here is why:

[Related, check out the Best Dog Beds and Houses]

The dream of all dog owners is to have a dog that understands you without you saying much. When you call it, it comes. When you want it to play in a corner and wait for you to finish writing an article, it does that too.

While these directives can be accomplished with Human Dominance or Animal Submission training, the bond formed is master-slave, not a best friend.

Positive Reinforcement Dog Training works because you treat the dog with respect. It feels loved, safe and it rewards that with loyalty and unflinching obedience. Your dog expects to be cared for and what do you get in return? A big fat kiss with slobber running down your cheek! Got to love ‘em.

When your dog is not afraid of you, its mood is lifted, and it grows healthier.

A few years ago, a tiny Basenji was dropped off at my gate for me to look after. It quickly became apparent Tyson had been abused. When it was time to eat, he would wait for me to leave the vicinity entirely, before he chowed down.

He was also the least confident dog I had ever seen. Everything from birds to crickets gave him a scare. Needless to say, the correction process was long and difficult, but it was worth it. Unfortunately, every once in awhile, he still displays those skittish tendencies.

Even though Tyson was a cheerful dog, he still dreaded human beings to a large extent, and that actually subdued his health.

[Related, check out the Best Dog Crates and Cages]

In this case, the double negative does not result in a positive, it only leads to fear and confusion.

When training a dog to sit, for example, I would use a treat. Unless it sits down, no treat. But as you know, this could take a while. So, if in my frustration I push its bottom down or I smack it, the poor dog does not know what I hit it for.

Did I beat it for being hungry, for trying to lick the food out of my hand or because I don’t like it? After repeated smacks, the poor pup might just give up on eating, and wait until I’m away before it yanks my steak off the dinner table!

With Positive Reinforcement Dog Training, I wait for the dog to do what I want, then give it a treat and a well deserved “Good boy!”, then repeat the process several more times. The result? Clear communication.

Many proponents of Alpha Male training insist you have to put the dog in its place. It needs to know who is the boss. Once it knows you are the alpha, it would succumb to your every demand.

Those who advocate for punishment also make similar claims. The reality, however, is completely different.

Numerous research papers including one published by the University of Bristol in 2004, assert that dominance training does not make the dog learn obedience quicker. Instead, it leads to a higher number of problematic behaviors.

Wait, let’s get this straight: not only does it take longer to obey, but it also brings negative baggage along with it? This was an error I experienced when my first ever dog, ran onto the road and bit a stranger.

You see, while Spotty learned to respond to me out of a mix of fear and loyalty, it could not tolerate strangers seemingly acting aggressively towards it. That was what set me on my path to becoming a better trainer. Shame someone had to lose a bit of his tushy to spur me on.

The next benefit of PR is that your dog will get on well with other dogs. When you go to the park and you want to play fetch or point at a squirrel (I admire them, I don’t endanger them), the last thing you need is for your dog to bow, cowering in a corner.

Why? Because it is afraid of other dogs. Dominance training whittles down a dog’s confidence. It begins to see itself as inferior to people and other dogs, unless the dog goes the opposite way and turns into a terror.

In either case, you end up with a poorly behaved dog, running from, instead of playing with other dogs. Imagine not being able to speak to other people. I don’t have to imagine, I was a shy kid growing up, which is why I stuck to writing until I could develop my social skills.

But how is a dog meant to develop its social skills if it is not being taught? What happens, therefore, is that the longer this behavior persists, the more ingrained it becomes until your dog can’t even stand leaving the house, so it doesn’t run into any ‘mean dogs’.

Positive Reinforcement builds your dog’s character and self-perception (permit me to use this term). It engages well with strangers and other dogs because it is not afraid of danger. It is not afraid that it will have its collar pulled or get kicked on the bum while it is sniffing around.

We’ve all heard the story about Hachiko, the faithful Akita dog in Japan who waited for his owner for nine years at the train station, not knowing his beloved master Ueno, was dead.

Everyone wants a dog like Hachiko, who despite people being aggressive towards the lost dog at the station, did not deter him from waiting for his boss at the same time each day, for his return from work.

This level of devotion is only possible with dogs that have been positively trained, thus have grown to love and appreciate their owners. Obviously, it did not attack anyone at the station during his near decade-long patrol.

Dogs trained via Positive Reinforcement are cheerful, polite, and beautiful creatures you can entrust your life too.

When you get home every day, you expect your dog to greet you at the door, tail wagging ecstatically, as it welcomes your affirmation. Even though your sweet companion may have urinated on the carpet while you were gone, but if your PR training has been consistent, it will not run away when he hears the door open.

A study conducted by my Alma Mater, the University of Southampton (which ironically has a dolphin as its emblem) and the University of Life Sciences in Norway found that punishment made the dog less obedient and more difficult to train.

The result of punishment training is a dog that could one day break your heart, your house, your furniture or your bones. Dogs trained with violence can easily become a danger to society; once their dominating owners are not present.

Dog trainers and owners have discovered more benefits of Positive Reinforcement Dog Training, depending on the breed and the dog’s personality. In further articles, you will learn how to use PR effectively, and give your dog the love and respect it deserves.

[Related, check out the Best Dog Beds and Houses]

1 thought on “Positive Reinforcement Dog Training: What is it? Why Does It Work?”